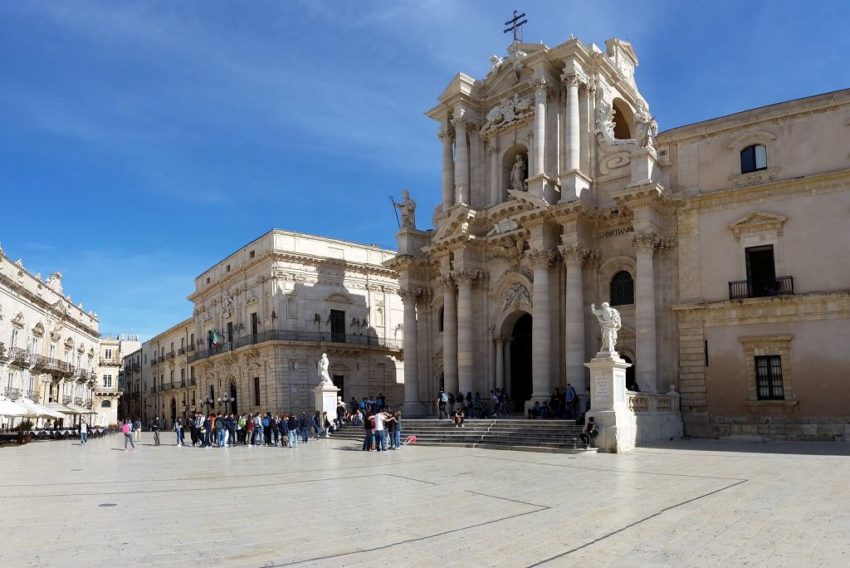 Born from the anger and strength of the rebel giant Enceladus, as the great mythological epic of Mediterranean Greece narrates, Sicily welcomes the Philosophy Festival in Magna Graecia® through a path that from Syracuse to Noto, up to Lentini, re-proposes some of the most dear to the Hellenic colonizers. We will meet Etna, the sea and the ancient and powerful testimonies of a civilization that is in our roots. We will come in contact with one of the most engaging themes of Western philosophy; we will relive an exciting experience guided both by the philosophy of Empedocles, tutelary deity of this land, perhaps the last of the lineage of philosopher-shamans, and by the refined sophistic art of Gorgias.

Love and hate are the atavistic and sometimes dark energies that bring out our most authentic life force. Sicily is the custodian of this vital cosmic energy, its majestic volcano as a synthesis of love and hate, arrogance and prudence. However, the perennial contrast that agitates the cosmos and ourselves does not destroy, but animates and enlivens, the eternal return of the cyclical nature of life, at the same time in a reassuring and disturbing circularity. If you add to all this the cutting irony and the irreverent dialectic of Gorgias, you reach true completeness.

A land where the power of light is blinding and warm as darkness is deep and frighteningly silent. Perhaps only the words of the Prince of Salina can best express the complex synthesis that these places transmit to us: “We have been carrying the weight of magnificent heterogeneous civilizations on our shoulders for at least twenty-five centuries, all coming from outside […] Sicilians will never want to improve, for the simple reason they believe they are perfect; their vanity is stronger than their misery…”

Their greatness, we add, is that of being one of the entrance doors to welcoming otherness. We share what the Empedocles medical school maintained: that blood is the seat of life and the heart is its center. The Philosophy Festival in Magna Graecia® renews and rediscovers this certainty with you. (by Annalisa Di Nuzzo)