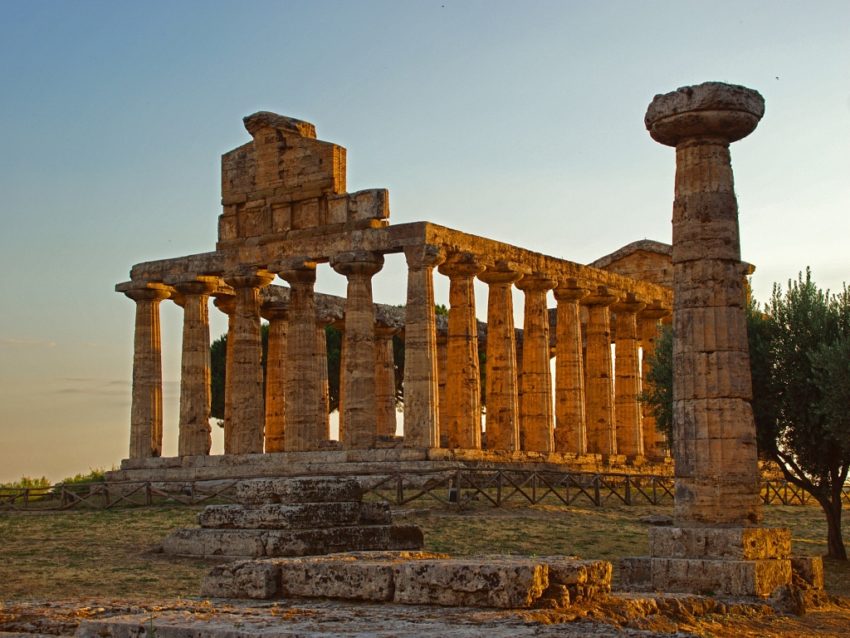 If it is true that places are inextricably linked to their inhabitants, this is even more true of ancient Elea. The Mediterranean with its inlets, its ports, its islands and peninsulas has always produced close and profitable relationships, even if at times conflictual, between the peoples living along its coasts. The myth of the foundation of Elea, renamed Velia by the Romans centuries later, has its roots in the stories by Herodotus and Strabo and is one of the most authoritative of the ancient times. Around the sixth century BC, when the great Greek migration set in motion courageous and risk-loving men, Elea was one of the first colonies of Southern Italy to be reached: the Phoceans, the first Greeks able to sail the sea for long distances, saw in the welcoming coasts, in the fresh water course and in its protected inlet the ideal place to found a city. The ruins of Elea, still visible today, lead the suggestions of a divine oracle, and a destiny: giving life to Western philosophy. The Eleatic school - a unique and innovative reality that will influence all Western culture - has its most illustrious representatives in Parmenides and Zeno. Just like in ancient Elea discussing Being was a daily shared reality, today the Philosophy Festival in Magna Graecia proposes again the question about Being, continuing the Parmenidean journey in search of authenticity in the places where it was born and sharing its lucid and prophetic indications.